Neal Medlyn, Totally Nude
There was a rumor going around that Neal Medlyn might take his clothes of, so of course everyone was there. 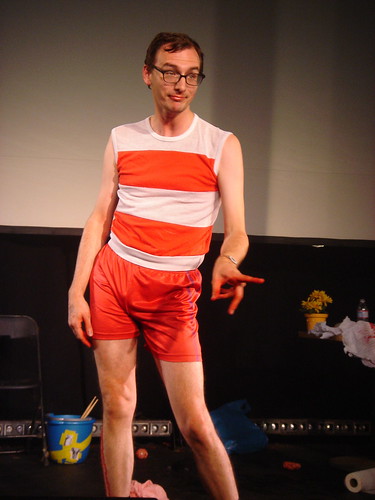 Neal delivered not one, but two inspired performances at the WORKS, first- standing alone on stage, bright light streaming from behind him cutting a glaring line around his fleshtoned uni-tard in his one man show NEAL MEDLYN WILL DRINK POISON UNTIL HE DIES and the next as belting out R.Kelly hits with cohort Kenny Mellman. What Neal does – is hard to describe, not quite stand up – his all out assault on the buffoonery of pop music and pop culture kept the audience on their tippy toes, their eyes alight – their jaws unhinged with laughter. He pushed his body through too tight clothes, making awkward and tiny movements while turning gags and tricks and ticks into grand illustrations of our sad but heroic bodies. 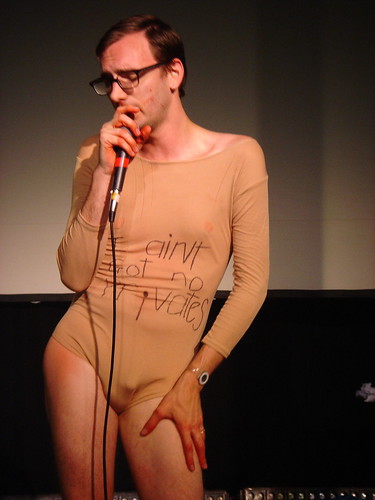