Hand2Mouth Theatre – Repeat After Me, Photography by Justine Avera

I was lucky enough to see a first run of the show back in April. Pee your pants funny, Hand2Mouth Theatre puts on an extremely physical, and surprisingly moving performance. The show opened with one of my favorite songs from my childhood by Mungo Jerry and The Americans, and it was hard not to sing along. What was clearly satire to one viewer could be completely sacred to the person sitting right next to them. Classic American moments were played out complete with soundtrack and astonishing dance numbers, the performance often tetering on the edge of chaos because as we know anything is possible in this here U.S. of A., and you had to ask yourself — is this my America?? 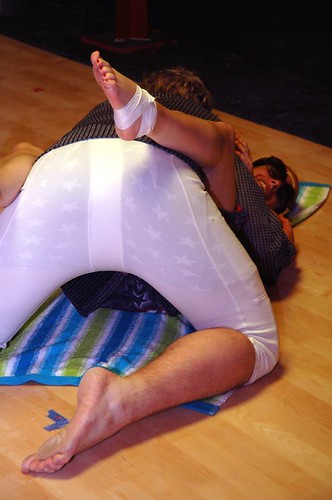 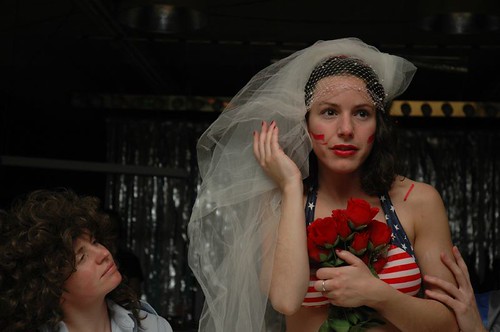 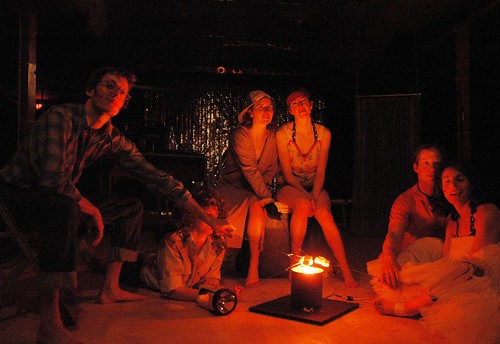 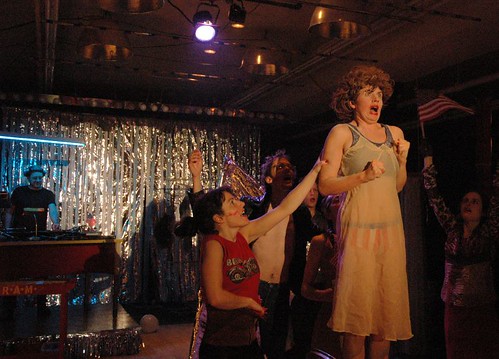 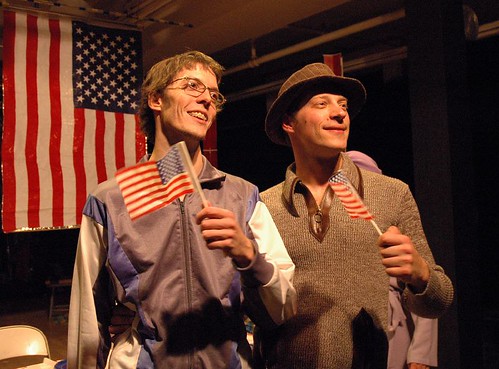 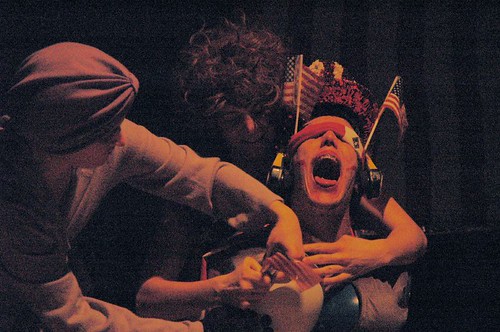 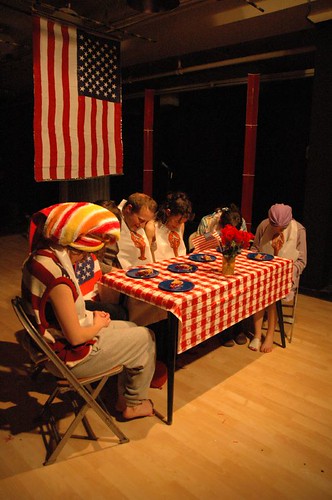 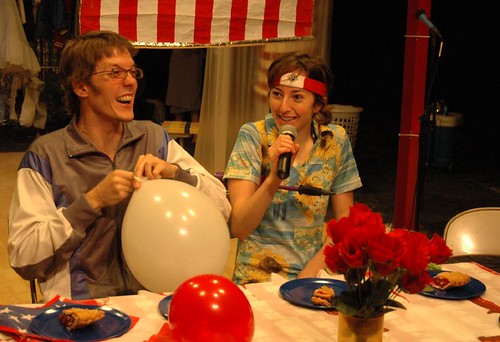 Typical Americans, when tested on the knowledge of their country or state, know surprisingly little!
- Justine Avera, photographer, writer @ www.flickr.com/photos/justineavera or talk to me at [email protected]