The City Dance of Lawrence and Anna Halprin

The City Dance created a magical atmosphere in several Portland parks on Sunday. The congress of space, movement, and music made the city seem more alive than I have ever seen it before. As one woman (possibly audience, possibly pedestrian) I overheard observed, “it is lovely to see people dancing in the park”. Indeed, it is lovely. I could not help but feel that so many days in so many parks are wasted without vibrant human expression. These are some of the few spaces we have left to be human in an unmediated way. They are areas not wholly dictated by commerce or privacy or ideology. City Dance, for me, was a full expression of the humanity of the landscapes it inhabited that day. 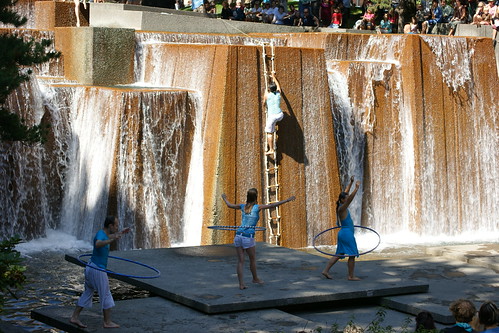 The dance started in the Ira Keller Fountain. A singular park made out of the movement of water, it seemed the perfect starting canvas for the music and dance that followed. Each subsequent park brought a new form for the mediums to take over. Through plazas, hills, and much water; the audiences were given a new invitation to the space in these parks. When I returned to Ira Keller Fountain on my way home, I felt like it had been forever transformed for me. It had been marked in a way that only happens when people come together in celebration. I know of no better way to express the idea of livability in a city. 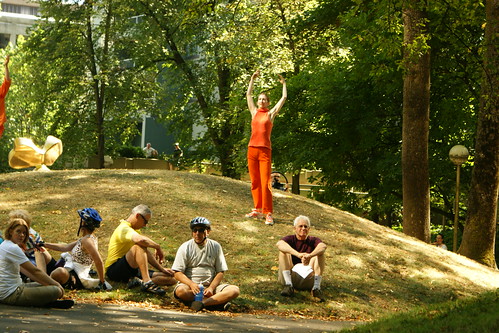