locust crushed
Tuesday, September 8th 6:30 P.M.
THE WORKS
By Eve Connell
Seattle scenesters, locust, performed their final of two shows last night. What a great way to not only propel us into the second half of the T:BA:09 festival, but to do so with volition and intent. It’s what this week needs – energy, enthusiasm, some blatant rough stuff rather than psycho-subtle messages that rely solely on minutely refined movements attempting to communicate a higher meaning. 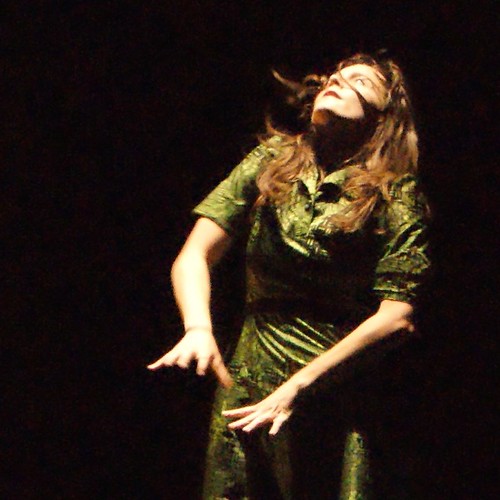 Crushed was just damn good dance. I was caught off guard by the groups’ precision and virtuosity, sharply defined gestures, both controlled and spastic. The pumping street beats held it all together. The highly stylized choreography just could not have been executed without either Baryshnikov or MJ. How cool is that? I mean, really! 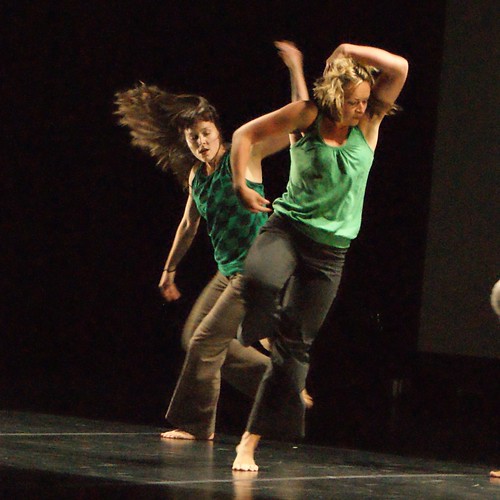 The theme of being blindsided, sideswiped, overtaken by force of movement, definitely made an impact. Its representation in the group “fight” piece worked well to push the dancers and our own momentum forward. Aggressive play of bodies in motion was riveting. The music kept the piece, and us all, jamming along with intent. The entire performance was a fabulous study in bodies dictated by those core rhythms – with skin and muscles and street-inspired sexiness contributing to overall edginess.
Others have already commented on the unnecessary pause featuring the ‘balloon ballad,’ a pleasing pause for this viewer. However, for only a split second, my attention was negatively drawn to the unremarkable video backdrop. Such displays are wearisome – as is the apparently ubiquitous, nudity used placed for the higher purpose of baring it all on stage (nude-curious? see the Powerful People, Indeed post on this site), and I’m quite thrilled that locust didn’t go there. Ida poked my eyes out with hot forks if they had.
Instead, I grooved along with the dynamic dancers and DJ, and easily could have committed to another hour. It was akin to the not-quite-celebrity-break-dance-off-hour at the Goodfoot – times a million. I know I’m better for having been crushed last night, and, if you were there, you know you are too. 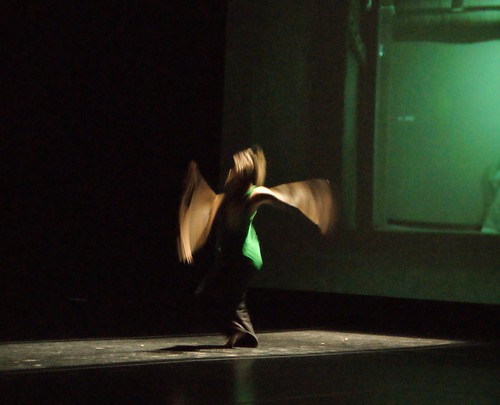