Carter
Erased James Franco
Sunday, September 13th 4:30 P.M.
Whitsell Auditorium @ PAM
By Eve Connell
Sunday afternoon, I nursed a T:BA:09 hangover just like everyone else. As the weather shifted, I hauled my weary bones inside for an interesting hour of Carter’s Erased James Franco. Challenging the confines of acting, narrative, and identity seemed like a good plan for a lazy day, and by the size of the crowd at the theatre, was obviously what many others had in mind, too.

Franco’s study of just a few characters (including himself) was at times slow and tedious, and at a good many other moments, captivating and endearing. His performance made me laugh and made me feel uncomfortable in my own skin, often at the same time. Carter’s minimalist approach to the set, verbal and nonverbal language, and film technique all added to creating an intimate view of content without context (or, rather with sparse context – some mono/dialogue was familiar to the audience, of course). The flat quality of the film itself matched the flatness of Franco’s approach – even the most emotional of scenes came across as lacking heaviness, which added to my reception of the key messages I assume Carter hoped to convey.
Franco notes that “this is my favorite performance of any I have ever done” and we can see why, happily along with him for an existentialesque ride. It’s all about him, and what and how he manages to strip away, build up, and deconstruct not only characters but emotions and approaches multiple times. While I didn’t come away with the feeling of Franco’s non-existence by any means, I do feel that he was able, and quite adeptly at that, to suspend himself and the others he portrayed in some kind of bland but ethereal wonder zone. And, it was cool to carry this sentiment all the way home, perhaps to reexamine on another lazy day. 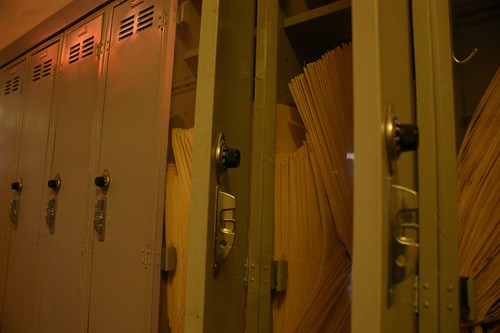