Don’t you know it’s gonna be/ All right? 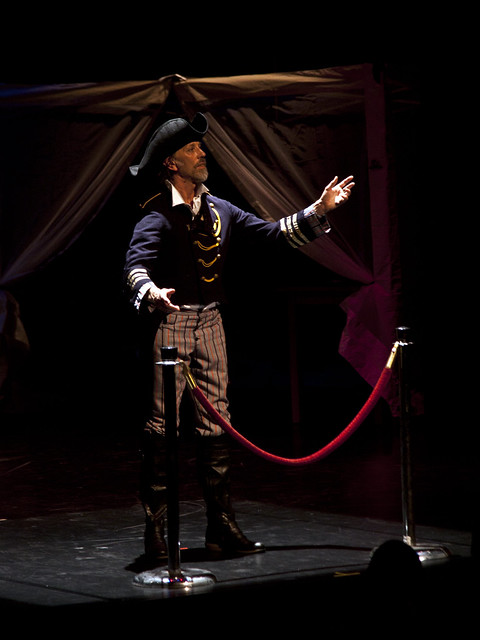 Dayna Hanson/Gloria’s Cause
Posted by Jim Withington
The news section on Hanson’s website describes Gloria’s cause as “a dance-driven rock musical,” and I suppose it was that. It was also hilarious and spot-on at parts, utterly confusing at others, definitely more a “TBA thing” than a rock musical, and ultimately a work with a sometimes obscured message.

I feel like I wanted a glossary for this show. I wanted to know more about some of the characters, particularly the ones that Dayna herself played. I’ll be honest: I’ve got an art degree, and only a passing knowledge of a lot of history, and so a lot of the stuff that Hanson’s group was presenting was quite compelling, yet fell short because I simply didn’t know the reference. I’m hoping that as the work out the kinks of this “in progress” show, they will figure out a way to show and tell, when telling will carry the audience with them.
I want to see this group take itself more seriously. There’s a bit of an identity crisis going on, which belies the work-in-progress nature of the show: is this Schoolhouse Rock? Or much more sinister? Or much more arty? They could also stand to clear up some of the transitions more, in that I wasn’t always convinced that the switch from scene to scene was a considered one, or that the order of the scenes served the work best. In addition, some of the rock band parts were too much “we are theater kids! with a band now!”–I want to be convinced that this band would kick my ass, on their own, if they played Dante’s.
All of this said, Hanson’s group gave us two of the most memorable parts of TBA:10, so far:
-The oldest cast member doing a spot on imitation of an animatronic president, and then following that up with some of the nest, most energetic dancing of the entire show.
–The scene depicted below. I loved this. Strong, with enough context that I understood it, but odd enough that it drew me in completely.
Hanson’s show will only improve, and the dancers have the chops to pull it off–I do hope that they kill it in the editing room. 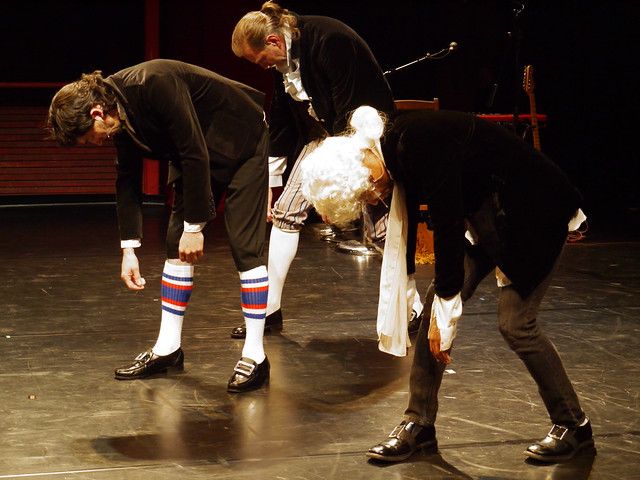