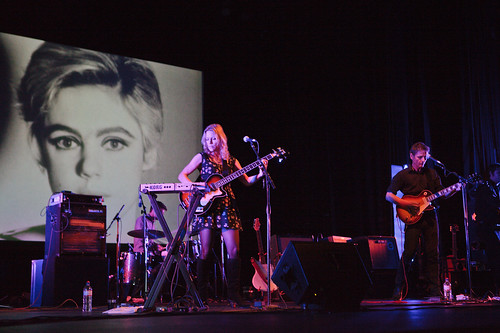 After a few nights at the WORKS, it’s interesting to see the 40-and-over crowd mixed in with the art party scenesters. The evening promises to be easy on the ears: now married, both Dean and Britta were former members of Luna, Dean is the frontman for Galaxie 500, and Britta was the singing voice of super-glam cartoon superstar JEM. Yes, of JEM and the Holograms. Wow. 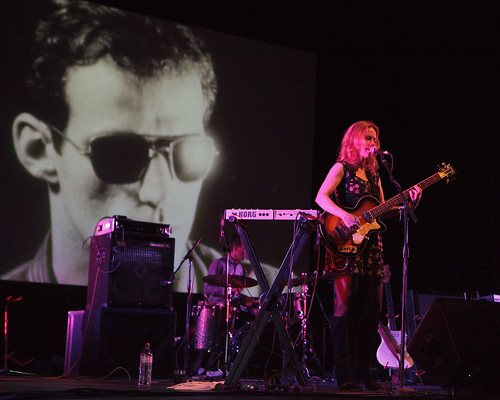 As concept albums go, it is a beauty. The stark portraiture and artsy nostalgia of Warhol’s screen tests provide a distilled, but achingly poignant backdrop for Dean and Britta’s layered psychedelic surf lullabies. 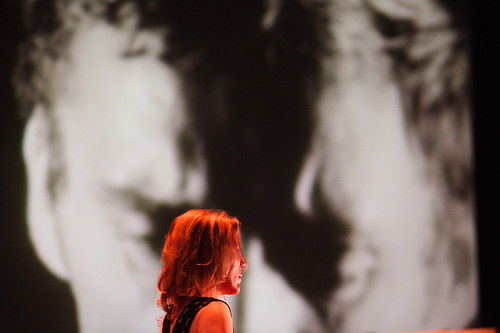 Most interesting are the stories and commentary Dean and Britta dispense with studied indifference between songs: Edie Sedgwick cut her hair to look like Warhol and died of a barbiturate overdose at 28, Dennis Hopper was one of 13 people to buy a soup can prints at Warhol’s inaugural exhibition in Los Angeles; Billy Name covered his apartment with tinfoil and met Warhol at a hair-cutting party. Beautiful and tragic, the faces and music create an entrancing symmetry. Most beautiful, yes. 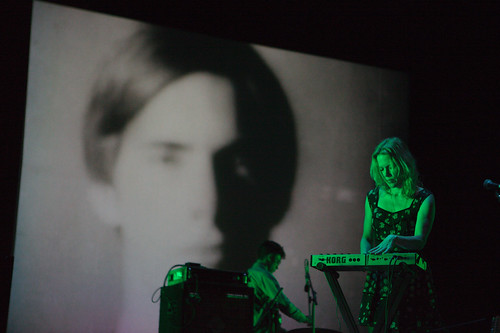