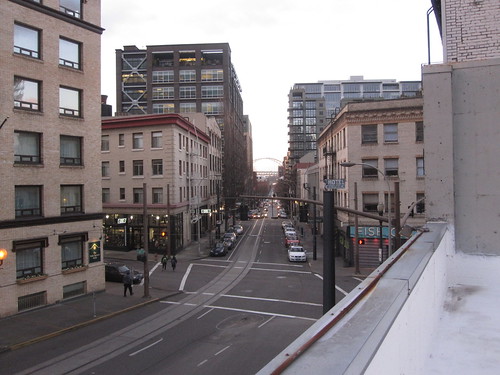 For 10 days each year, there are two Portlands at once, as if in parallel universes, co-existing, crossing over and collaborating for all of us that live, eat, drink, sleep and breathe the festival that we call TBA. Of course the first Portland is the one in which we have to get up in the morning and go to work, fight traffic, bring the kids to school, and go from here to there checking off each item of that day’s to do list. It’s a stable and quite awesome place to have to do all those things, and we who live here know how to make the most of it for the other 355 days of the year, but… 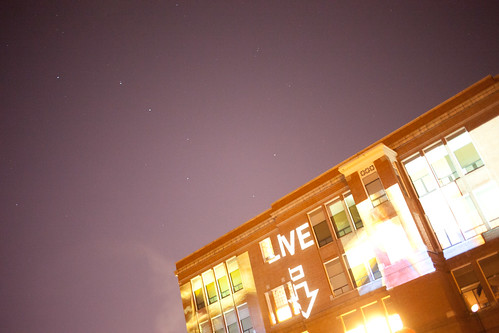 Exhibit B: Portland 2 (see how it glows)

But on that Thursday each September, when the sun goes down and the lights at Washington High School and elsewhere go up, a second city emerges. Sandwich boards serve as entryways and ticket takers are gatekeepers to Portland 2. The shift is almost imperceptible, you may not feel like you’ve traveled anywhere, but at some point it hits you. This year it hit me right in the middle of yesterday’s CONVERSATION – Why Festivals? Curators from the PUSH festival in Vancouver BC, Fusebox Festival in Austin and the Perforacije Festival in Croatia discussed this increasingly popular presenting model. Each of these festivals, like TBA, utilize and showcase their hometowns, not just the various performance venues and the tourist hotspots, but the places in between, the neighborhoods, communities, local haunts, entrepreneurial enterprises and unique experiences of place. This is not simply a bi-product of the festival mode; as explained, it is a primary priority and ongoing necessity for the continued thriving of these events. In order to stay fresh, relevant and authentic festivals must stay rooted in their localities and present a different lens through which to see their home.

TBA has surpassed itself in this local immersion every year since its inception. From re-purposing empty warehouses in the Pearl District, to taking over Pioneer Square, providing a magical red shoe taxi service, incorporating increasingly outdoor and mobile pieces exploring Portland’s civic history, architecture and even impacts of urban development, bridging a path to Portland’s east side with a fiery float, and culminating in the inhabiting of an abandoned neighborhood high school and a collection of the best late night cuisine and spirits from all over the city in one bewitched beer garden on its grounds.

Once you enter the parallel Portland it envelops you for the rest of the festival. You and your new neighbors cross paths over and over; without introductions you discuss pieces like old friends. Your to do list has been replaced by what you come to think of as your little silver bible that is the catalog. You create new paths and see familiar landmarks in new ways.

Perhaps its not a different city at all, maybe its only wearing a costume that shines and shimmers to all its inhabitants. And when all is said and done and the costume is put away, Monday comes again and life in the real Portland returns. And you start the countdown of those 355 days all over again.