Strike our debt/This is not a piece about gratitude

It’s nice when there is a collision between your immediate bibliography and your immediate experience. I saw everything I’ve been reading and more in the actions and reactions of Keith Hennessy and Circo Zero last Thursday night.  And, I saw all the tropes I hate about traditional forms of carnivalesque counterpower and also some troubling and various forms of misogyny on Friday. I saw a piece about the economy that was finally saying something. I saw an attempt at an impossible model, an impossible dance, one about individuals swarming and breaking apart again. I felt myself being confused about the connection between that action and the rhetoric. I saw paintings, live images building and being destroyed. The Raft of the Medusa, human pyramids, romantic structures, bodies bound to fall. I was seduced by the sound of the banjo; I felt like it was a model more than an image or a series of images. I felt like it was an image of what looks like liberation but is distinctly not. I saw a dangerous illusion. I was thankful it existed. Did we see the same show? Yes, I think so, was it…

WEIRD DANCING IN ALL-NIGHT computer-banking lobbies. Unauthorized pyrotechnic displays. Land-art, earth-works as bizarre alien artifacts strewn in State Parks. Burglarize houses but instead of stealing, leave Poetic-Terrorist objects. Kidnap someone & make them happy. Pick someone at random & convince them they’re the heir to an enormous, useless & amazing fortune–say 5000 square miles of Antarctica, or an aging circus elephant, or an orphanage in Bombay, or a collection of alchemical mss. Later they will come to realize that for a few moments they believed in something extraordinary, & will perhaps be driven as a result to seek out some more intense mode of existence… An exquisite seduction carried out not only in the cause of mutual satisfaction but also as a conscious act in a deliberately beautiful life–may be the ultimate PT. The PTerrorist behaves like a confidence-trickster whose aim is not money but CHANGE.* 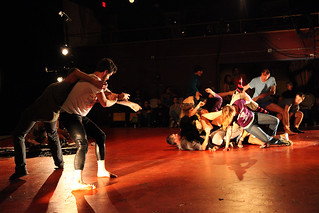 The People’s Mic, like the news, or the Internet, relies upon the subject’s passivity, while at the same time presenting the dangerous illusion of participatory action. It is the loss of unmitigated communication has created pervasive passivity. The reliance upon a distanced intake of information, and the conclusion of respect for the authority of a speaker behind a podium or at the occupied park, hints at the authority of the event…What would be truly inspiring is if the situation was turned completely around: if the crowds refused this ventriloquism in favor of the hundreds of conversations waiting all around them. Imagine the occupation flipped on its axis, its inhabitants acting together based upon true affinity and setting their spectator role alight; the chaotic environment consumed in a cacophony edging toward real experience.** 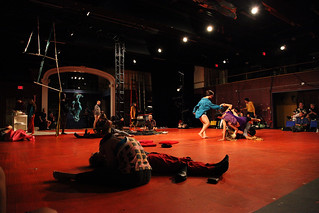 Today’s social movements have reversed the order, making manifestos and prophets obsolete. Agents of change have already descended into the streets and occupied city squares, not only threatening and toppling rulers but also conjuring visions of a new world. More important, perhaps, the multitudes, through their logics and practices, their slogans and desires, have declared a new set of principles and truths.*** 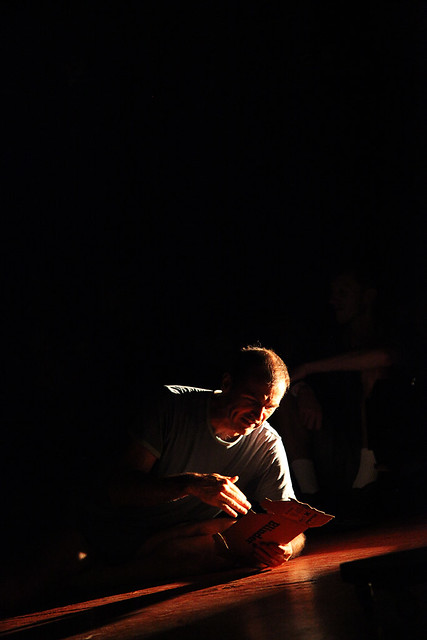 * From “Poetic Terrorism” in Chaos: The Broadsheets of Ontological Anarchism by Hakim Bey

** From Lost in a Fog - Lost Children’s School of Cartography

All photos by Gia Goodrich